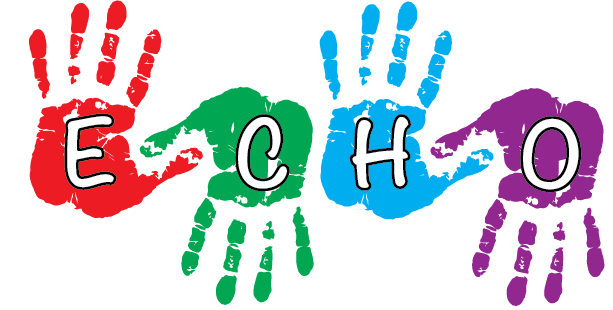 Some of our members are shy. Not to worry, we’ll get them added soon.

Dawn has been a Warrensburg resident since 2009. She is a military spouse and mother of two wonderful children (Jack & June). Dawn has been the Executive Director of ECHO since early 2019 and is also a substitute teacher for the Warrensburg school district. Dawn enjoys spending time with her family, camping, and crafting. Dawn is passionate about making a positive impact on the youth in our community.

George has been married to Barbara for 33 years. He has two daughters Amanda (29) and Brandi (27).  He is very involved with his church, loves spending time with family and friends.  George also enjoys hunting and riding his Harley Ultra Classic motorcycle.  George has served on the ECHO board for 5 years and is excited to be part of such a great organization.

HI! My name is Michelle Carlson, I moved to Warrensburg around 17 years ago. My husband is in the USAF and we have 2 daughters that are 15 and 19. Outside of ECHO, I am a Kindergarten teacher at McQuerry Elementary in Odessa. I joined ECHO about 4/5 years ago, when Roary brought this wonderful opportunity to my attention and I couldn’t say no to helping as many littles as I could.

Andrea Robinson is a Loan Specialist  at Central Bank. Warrensburg is her hometown but she now resides in Leeton, Mo. She has been an ECHO board member since 2017. She took the role of treasurer two years ago. She became a board member because she could see what great work ECHO was doing for the youth in Johnson county and couldn’t say no to the opportunity to help the community.

Married to Jim for 33yrs. Work as dental assistant for Turnbow Family Dental.  Have been affiliated with Echo since 2011.  Love all creatures great and small.

Bryan moved the the Warrensburg area in 2006 after separating from the United States Air Force. In 2010 he married his wife Cooleen and in 2012 they welcomed their daughter Isabelle into the world. Bryan currently works for US Bank and a Sr Information Security Engineer. He enjoys spending time with his family, traveling and spending as much time as possible at Lake of the Ozarks.

After an entrepreneurial career that included start-up ownership of an oil and gas production company, Mary McCord received her Ph.D. from the University of Oklahoma in 2001.  She joined the University of Central Missouri in 1999 where she worked in the Harmon College of Business for 23 years.  Her areas of interest included entrepreneurship and social enterprise and she helped found the Integrative Business Experience (IBE) program at the Harmon College of Business in 2006. Dr. McCord championed and began the Entrepreneurship and Social Enterprise program at UCM, as well as the UCM StartUp center, which incubated student profit and not-for-profit ventures.  With Dr. Eric Nelson she began the Leadership minor at UCM. Through her classes and mentorship students created social enterprises that benefitted the local community, including starting Early Childhood Hunger Operation (ECHO) in the Summer of 2010.

Her service awards include the 2014 Spirit of Service award, the 2015 “Incredible Blessing” award by ECHO, and the 2022 Martin Luther King, Jr. Community Service Award from Warrensburg Chamber and UCM.  Dr. McCord helped found the Journey Home Shelter in 2000 and serves on their board.   In 2021 she retired from the University of Central Missouri to work with needed programs and charities within Warrensburg, and presently serves on the Early Childhood Hunger Operation Board.